The pandemic pushed many of us to skip our normal Zumba classes or gym visits in favor of home exercise like a Peloton bike or the wall-mounted Mirror.

In my case, it pushed me into an alternate realm where I slice flying targets with a light saber while a virtual trainer whispers sweet nothings in my ear.

My virtual reality workouts were fun — but I wanted to know if they were actually effective. So I visited an exercise lab and popped on a virtual reality headset to test four different fitness apps. When the headset came off, I learned I had flailed around for 80 minutes, sweated my mascara off and willingly salsa-stepped in front of a co-worker.

I’m not the only one exploring VR for exercise: Americans’ Google searches for VR fitness popped to an all-time high in January. Almost a quarter of online adults in the United States say they’re interested in buying a VR headset, according to research company Forrester, and 18 percent say they’d use a headset primarily for exercise.

Ads for the Quest 2 headset from Facebook’s parent company, Meta, which connects to a variety of apps, promised “cardio that doesn’t suck.” But even people who love that pounding-heart feeling may decide VR deserves a place in our home gyms.

In tests, the team at the Virtual Reality Institute of Health and Exercise (VRHI) found that popular VR fitness apps can be just as vigorous as common real-world workouts. In a 2018 paper, authors including Jimmy Bagley, an associate professor of kinesiology at San Francisco State University and lead researcher at VRHI, found evidence that exercising in virtual reality leads people to underestimate their own exertion.

“People don’t realize how much they’re exercising,” he told me. “That’s the goal, right?”

That seemed true of the four apps I tried. Take Supernatural, a game where the player travels to lifelike landscapes and slashes at colored balloons while crouching under obstacles. During 30 minutes of play, subjects’ metabolic rate shot up to around the same level as riding a bike: 11.44 times their resting rates, according to the VR Institute. (That’s 11.44 METs, which stands for metabolic equivalent of task.)

Other big-name VR workouts are effective, too. The Thrill of the Fight, a boxing game, earned a MET score of 9.28. FitXR, which offers boxing, dancing and interval training, came in at 7.94 METs, about the equivalent of tennis. And Until You Fall, a sword-fighting adventure game, got 6.5 METs. (For comparison, Wii Fit earned 3.8 in this analysis.)

People who’ve spent time in VR seem to show more affinity for fitness than other uses, according to Gartner senior director analyst Kyle Rees. That could be important for Meta as it tries to sell its $299 headsets — especially since many folks aren’t keen on stepping into virtual reality.

Facebook pushes VR for remote work but practicality, cost and nausea may stand in its way

Why VR can make for effective workouts

VR helps with fitness the same way it helps with other types of training, says Derek Belch, founder and CEO of VR company Strivr.

“Your body’s in one place, but your brain thinks you’re somewhere else,” he said.

Gamification, which doles out rewards when we play longer or harder, is another key, Belch said. The combination of gamification and “dissociation” — where we forget we’re exercising — has the potential to change the way Americans work out, Bagley said.

Surveillance will follow us into ‘the metaverse,’ and our bodies could be its new data source

The American Heart Association recommends 150 minutes of moderate aerobic activity or 75 minutes of vigorous aerobic activity each week, but only about 20 percent of us meet those benchmarks, the organization says. VR games or fitness apps are one way to get there, according to Bagley. They also hit a sweet spot: more active than sedentary video games and arguably more engaging than repetitive, screen-free workouts.

Despite its promise, VR fitness comes with pitfalls and a big one is the hardware itself. The headsets are bulky, sweaty and make many people feel sick. Belch told me app developers are to blame — when what happens in the virtual environment doesn’t match up with our physical movements, it makes us queasy.

Bagley, on the other hand, said things will get better as the hardware improves. That’s the case with any new tech, he noted, comparing Meta’s forthcoming headset model to early iPhones. Was the iPhone 3G cool? Sure. But Apple still had a long way to go, he said.

Meta spokeswoman Johanna Peace said the Quest 2 headset is 10 percent lighter than the original, and the company is continuing to work on making the hardware more comfortable. As for the sweatiness, Meta plans to release grips for the controllers and an “exercise-optimized facial interface” later this year, she said.

Other problems are harder to dismiss: People are unfamiliar with virtual reality and the ones who are familiar aren’t enthusiastic. Gartner found that 73 percent of consumers either hadn’t heard of the “metaverse” — Meta’s term for its virtual reality endeavors — or couldn’t describe what it might mean. Of the consumers with some familiarity, just 18 percent reported feeling excited about it, while 21 percent felt concerned and 60 percent had no opinion. Rees said consumers probably worry that VR is “just another ploy by the Facebook family of companies” to capture more of our time and attention.

“Of course, no exercise equipment, device or program can be everything for everyone,” Meta’s Peace said. “Our community tells us that VR is a great way to mix up their regular routine with something fun and new, but it doesn’t necessarily need to replace all other modes of exercise.”

If I’m any indication, the so-called ploy is working. I may not want to hand over more of my personal data to Meta, but those little balloons from Supernatural are just begging to be popped.

Slusarewicz ’23: We need to start caring about dental care

Wed Apr 27 , 2022
When I was growing up, I didn’t know that scheduling biannual dental appointments was commonplace. Due to the economic recessions of the 2000s, my family’s income was shaky for many years, and even after the Great Recession, we moved around repeatedly for work. Most of the time we didn’t have […] 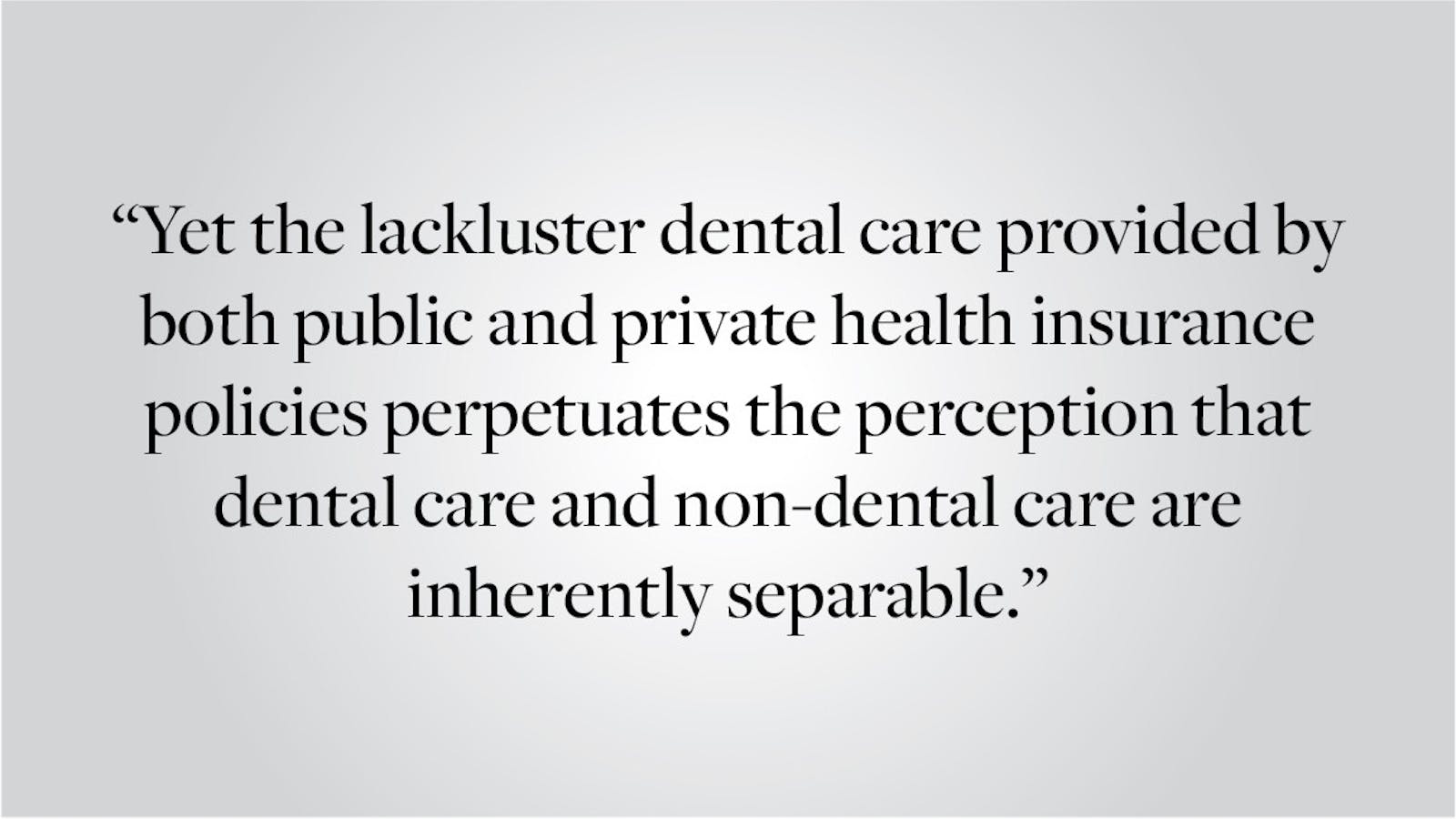