Despite all the flexing you may see on social media, biceps training—or at least the most effective biceps training—may have suddenly become one of the more neglected splits in common workout routines. We’re here to fix that.

With a recent push toward “functional” fitness and training—that is, building workout programs around movements replicating life motions such as squatting, pulling and pushing—the biceps curl seems to have its luster in some circles, according to superhero trainer Don Saladino. However, the biceps are more than just mirror muscles, as your arms play a pretty major role in most “functional” situations. Men’s Health fitness director Ebenezer Samuel, C.S.C.S. and Saladino are here to show you how you can make them stronger.

“Suddenly arms no longer make the list as being functional, and they are functional,” Saladino says. “They are a muscle group that’s going to contribute to all of our pulling. If our biceps are a bit stronger, they’re going to have a lot of functionality… I think they should still be treated as a body part that we need to get stronger. And I believe that that’s probably one of the areas that are overlooked.”

But which of the biceps-blasting exercises serve best for function and aesthetics? Samuel and Saladino present their top five must-do biceps exercises that should be included in your training plan.

A great variation for getting a great biceps squeeze, one of the main keys to the spider curl is stabilizing the shoulders on the bench, not allowing them to raise and taking the emphasis off the bis. From there, curl the bar to the bridge of your nose, no higher, as you may run the risk of shifting some of the work to your deltoids. Also, by utilizing an EZ-curl bar, you make it a more wrist-friendly movement. Try three sets of 10 to 12 reps.

What makes this curl different, Saladino says, is its unique shoulder-height positioning you take with your arms. By placing your shoulders in a more externally rotated position, you’re able to isolate each arm and get a great biceps stretch. High reps work best for this isolation cable exercise, anywhere from 10 to 15 reps.

The incline dumbbell curl adds another different angle in working your biceps to allow you to get a great biceps stretch. Keep your upper arms perpendicular to the ground behind the torso, putting your arm in a full extension. “My job is to keep those arms and just a straight line, and from there, it’s just flexion,” Saladino says. “And then extension, it’s that easy. I’m getting no movement out of my shoulders, and my biceps feel like they’re going to explode.”

Now we shift our focus to this forearm blaster, which works your brachialis muscle. You can go heavy with hammer curls, either alternating rep or lifting both arms together. Because you’re using heavier weight, it’s okay to keep the reps low, topping off at about six to eight. Feel free to “cheat” the final rep or two, but don’t make a habit of using swinging momentum for every rep.

Even in 2022, old-school still rules—and there’s no better example than this biceps classic, which allows you once again to use heavy weight. You’ll want to create tension throughout the movement while still getting a solid squeeze at the top. No need to go high rep either, four to six reps with a heavy load work. Again, you can cheat a little—Arnold did too, after all—but once you’re using more body English than biceps strength to lift the weight, call it a set.

This content is created and maintained by a third party, and imported onto this page to help users provide their email addresses. You may be able to find more information about this and similar content at piano.io

Sat Apr 16 , 2022
There’s a reason why Black don’t crack.  Survey data says 82 percent of Black women feel self-grooming is a key part of our lives, and 52 percent adhere to a set skincare regimen. This is evidenced by the exorbitant amount of money Black consumers spend on hair and skincare each […] 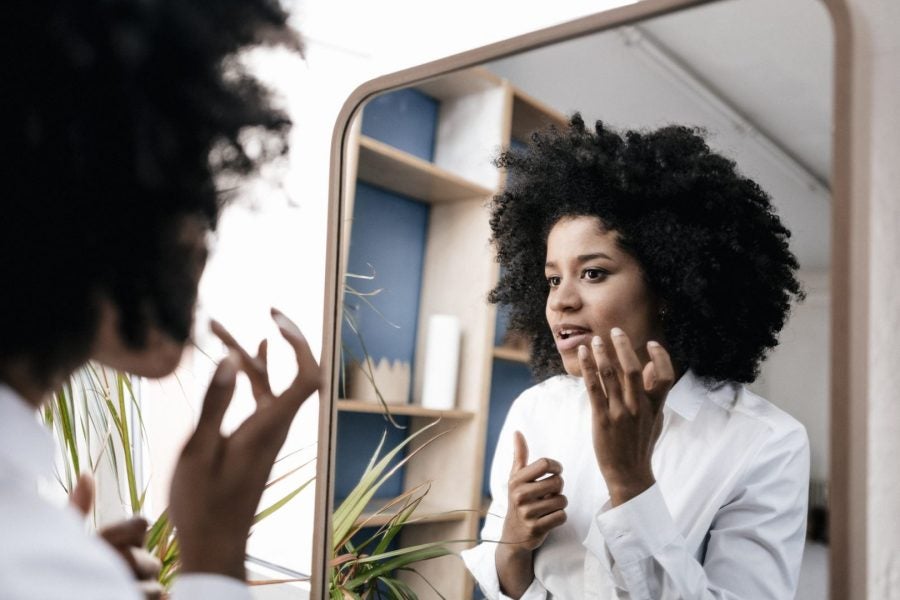 Polycystic Ovary Syndrome (PCOS) is likely one of the commonest endocrine problems amongst girls of reproductive age that impacts at the least one in each 10 girls in India and its signs embrace missed, irregular, rare or extended intervals and extra androgens that trigger zits and undesirable physique and facial […]