Former 90 Day Fiancé star Nicole Nafziger has been on a fitness journey since 2017, but her transformation pictures tell a completely different story. Viewers may remember Nicole from 90 Day Fiancé season 4, where she appeared alongside her now former fiancé Azan Tefou. The ex-couple had an annoying storyline on the show, which left many 90 Day Fiancé viewers feeling frustrated. They didn’t like that Nicole and Azan’s scenes focused on their physical appearances.

Additionally, it was shocking for viewers to watch Azan confess that he was only “55 percent” attracted to his American girlfriend. While audiences have previously despised Azan due to his cringey behavior, they have lately started criticizing Nicole as well. Most of her Instagram followers have gotten tired of her posting false pregnancy and death announcements. A few months ago, the single mom shared a clickbait story about fellow 90 Day Fiancé star Angela Deem and even made money off of the tragic death of Jason Hitch.

Since Nicole has shown no remorse for her mistakes, many viewers feel she’s a silent manipulator. Still, some believed her claims when she posted about her weight loss journey. However, it seems the former reality star has been misleading her followers even when it comes to her fitness updates.

One of Nicole‘s first weight loss updates came in 2017 when she shared a picture of herself on Instagram. In the photo, Nicole looked very similar to her appearance on the show, but most viewers were happy about her achievement. In the post, the former reality star claimed she’d prove her haters wrong by leading a “beautiful healthy life.”

Nicole shared her next few fitness updates in 2018. In October, she shared a mirror selfie while wearing activewear. Nicole wrote about wanting to be healthy for herself. She claimed that she has been focusing on Dietbet and promoted the platform on her page. In another post from November, Nicole shared a picture in yoga pants while promoting Dietbet again. Still, she did not back up her support for the company with evident results. Regardless, her followers hyped her up by writing positive messages such as “One day at a time. Proud of you. I love your spunk.“

Lack Of Weight Loss Updates Since 2020

Even though Nicole likes to shock 90 Day Fiancé viewers, she hasn’t posted a weight loss update or full-body picture of herself since early 2020. Therefore, it isn’t certain whether or not she has achieved her fitness goals. However, Nicole has talked about being proud of herself, as shown in a January 2020 post. All told, Nicole still promotes supplement products on her page but doesn’t talk about her weight loss or transformation anymore. This suggests she hasn’t seen any real results, and it’s likely her followers will call her out on it soon.

Next: 90 Day Fiance: Why Nicole Nafziger Should Be Cast On The Single Life

12 Kettlebell Exercises to Include in Your Workout Routine ASAP

Tue May 17 , 2022
Guides We turned to the pros for how to easily — and correctly — use kettlebells for optimal strength training. Get wellness tips, workout trends, healthy eating, and more delivered right to your inbox with our Be Well newsletter. Twelve kettlebell exercises that’ll up your strength training game, from the […] 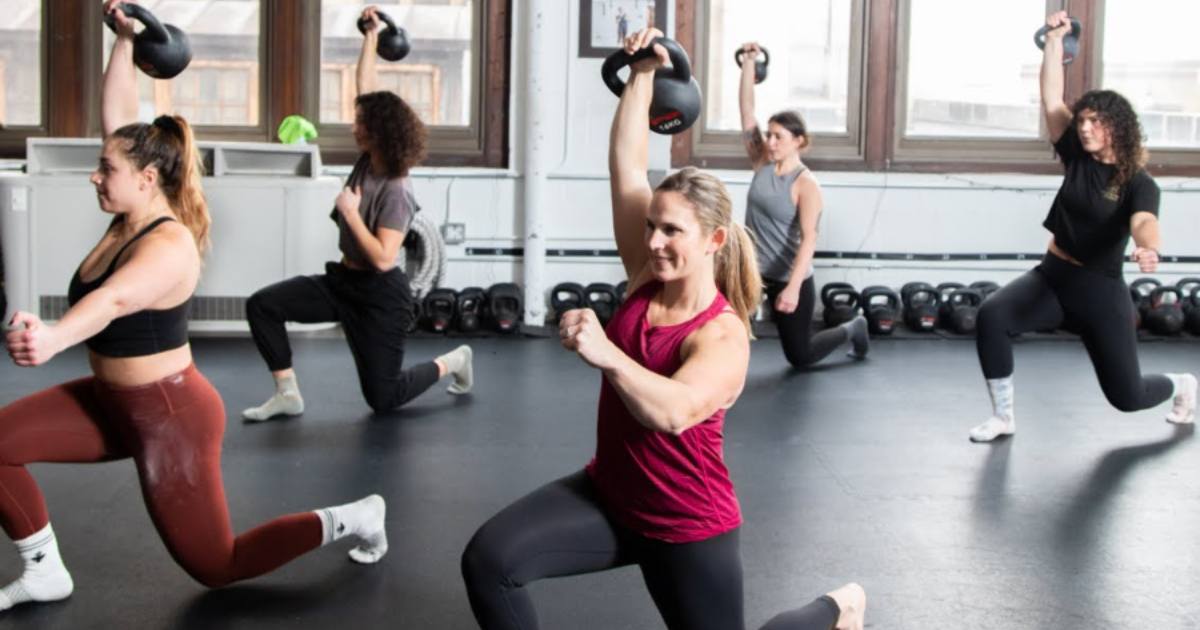 Expertise has introduced a complete new method to get pleasure from train with an thrilling new system referred to as health and train mirrors. They’re also called exercise mirrors. Although they seem as a traditional mirror, they’re able to stream stay lessons and on-demand content material proper throughout the consolation […]

Nordic food plan might enhance well being, even with out weight reduction