I’m not sure that the trend has survived the pandemic, but for a while it was common to see NBA players toss their headbands into the stands, post-game, to the delight of certain dedicated fans. Call it a holy relic for our secular, sports-addled age: a branded, sopping halo of terry cloth, straight from Lebron’s dome. Surely, our reverence for super jocks is without precedent.

Or so I thought until I came across a fascinating historical tidbit in Bill Hayes’ new book, Sweat: A History of Exercise, where we learn that the sweat of athletes “was considered a prize commodity in the ancient world.” Apparently, in both Greek and Roman cultures, men famous for their physical prowess “would scrape the accumulated sweat and oil from their bodies and funnel it into small pots.” At the time, it was believed that this substance—called gloios—contained some essence of athletic excellence, though it was primarily sold in ancient gymnasia as a salve for skin conditions like hemorrhoids and genital warts.

Though Hayes is quick to point out that there’s plenty of snake oil being peddled in today’s exercise industry, his project with Sweat isn’t to skewer history’s greatest fitness charlatans, but something far more ambitious. At its heart, this is a deeply personal book about the universal subject of humans attempting to grapple with the meaning of their own physicality. The mere fact of having a body doesn’t necessarily tell us much about how to use it.

Its subtitle notwithstanding, Sweat reads less like a “history of exercise” than an erudite memoir of a lifelong fitness enthusiast who is looking to place his own forays into weightlifting, swimming, boxing, and yoga in the context of a historical tradition that spans from Hippocrates to Jane Fonda. It’s a premise that lends itself well to amusing historical asides, and Hayes takes full advantage; Kafka, who never struck me as a paragon of robustness, apparently loved to wrestle with his neighbor.

“How did we all end up here?” Hayes asks in the book’s introduction, while surveying a gym floor of his fellow exercisers from the StairMaster. His quest leads him to one of the earliest known books on the benefits of exercise, De Arte Gymnastica (1573) by the Italian physician Girolamo Mercuriale. A creature of the Renaissance, Mercuriale attempted to revive the ideas of antiquity for his own era—not an easy task. As Hayes points out, the notion that exercise could be beneficial was a somewhat radical proposition in 16th-century Italy; after all, one of the central tenets of Christianity was that, far from being a source of virtue, the human body was irredeemably steeped in sin.

No wonder, then, that in the De Arte Gymnastica, Mercuriale admonishes those who are “over-concerned with beefing up their bodies.” (The pious, it seems, were not swole.) He maintains that the point of exercise is to maximize health and prevent illness, not to indulge one’s narcissism. However, in 1585, Mercuriale seemed to contradict this advice when he published an obscure volume, whose English title is The Book on Bodily Beauty, where exercise is recommended as a means for weight loss. This suggests that the two most obvious motivations for exercise today—that is, health and vanity—were already present centuries ago.

These dual incentives also bookend Hayes’s personal relationship to exercise as chronicled in Sweat. When he was a teenager in the seventies, he started obsessively lifting weights, hoping to emulate the physique of a Pumping Iron-era Arnold Schwarzenegger. Decades later, in his late fifties and after taking an extended hiatus from exercising, Hayes would return to the fold after being diagnosed with high blood pressure. “What had once been a choice no longer was, in that exercise changed from something I freely wanted to do—to look good, to feel good—to something I really should do to stay healthy.”

But what does being “healthy” ultimately entail? Is it optimizing our vital signs, getting super ripped, or reveling in hedonism because sooner or later we all end up in the same place anyway? The question is, of course, unanswerable. However, when it comes to exercise, it’s a safe bet that if its benefits were limited to helping us stay out of the hospital, or adhering to some standard of hotness, the appeal would be diminished. It’s not a coincidence that in some of the most evocative sections of Hayes’s book, exercise isn’t a means to an end so much as a pursuit of raw sensation: the violent, “watery chaos” of diving into a frigid lake in October; the primal thrill of sprinting, naked, up the driveway of a secluded country home.

And yet it would be a mistake to reduce exercise to something merely physical. In the book’s most poignant chapter, Hayes recounts what it was like to live in San Francisco as a gay man in the mid-to-late eighties amid the devastation of the AIDS pandemic. “It was not illness or exposure to HIV I feared most at the time, but the disappearance of men I did not know,” Hayes writes. It’s a strange, haunted notion—the idea that the sudden absence of people on the periphery of our lives can be more terrifying than the prospect of becoming a victim ourselves. For Hayes, one of the main social arenas where this phenomenon played out was a gym called Muscle System, “the gym for gay men in San Francisco at the time.” Whenever a regular stopped showing up, everyone assumed the worst. But the specter of AIDS also gave exercising a new level of urgency. “Working out pitted us in direct competition not only with age but with AIDS,” Hayes writes. For someone infected, “strengthening muscles demonstrated measurable control over his body at a time when he might otherwise feel helpless about the virus slowly damaging it.”

In this context, exercise becomes life-affirming in the most immediate, literal sense. When death is everywhere on the rampage, getting in a good sweat becomes a reminder that you are still here.

Why Exercise Is Much More than the Pursuit of Fitness

Budget 2022: 4 things that will affect your pocketbook - National

Wed Apr 13 , 2022
The federal government’s 280-page 2022 budget document outlined a couple of measures to help with the cost of living for Canadians. There was little in the budget to tamp down on rampant inflation — the Consumer Price Index rose 5.7 per cent in February, to the highest levels in more […] 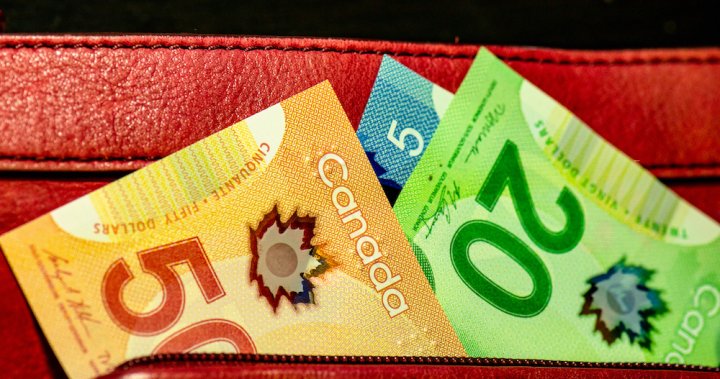