Skip to content
In 2022, personal wellness trumps everything else. In this age of technology and endless gadgets to make one’s life comfortable, millions are looking forward to personal wellness and maintaining a healthy balance in their lives. And, when it comes to wellness, yoga is something that comes with a holistic approach to healthy living. It connects people and fosters the notions of a healthy body and mind.

“Yoga is a practice that connects the mind to the body; promotes living in the present and accepting it. There are 6 main schools of yoga that are practised today: Hatha yoga, Raja yoga, Kundalini yoga, Karma yoga, Jnana yoga, and Bhakti yoga. Hatha yoga is the most common of all and Iyengar yoga is a derivative of the same,” shared Shruti Shah, Founder, Flow with Shruti.

While Yoga as a spiritual discipline has been prevalent for ages, it has been gaining new ground among the masses. Yoga, as a practice, is believed to have started at the beginning of civilization. Historical evidence of the prevalence of yoga has been seen since the pre-Vedic period (2700 BC).

In layman’s terminology, yoga is essentially the union of the body, mind and spirit. “Yoga is an ancient therapeutic discipline that was first practised by religious ascetics in India in the Guru Shishya Parampara tradition. It has evolved into various styles of yoga,” said Shivani Gupta, Founder & CEO of Hello My Yoga.

Yoga has come a long way, and if you have decided to dedicate your time to it, then you have taken the first step to healthy living. However, there are many kinds of yoga making it important for one to decide which one to opt for.

« Back to recommendation stories

Below is a list of the different types of yoga and who can try them.

Also known as flow yoga, Vinyasa Yoga is ideal for beginners. It is relatively less experimental. Vi in Vinyasa means variation and Nyasa stands for limits. This kind of yoga incorporates various breathing techniques and movements. The practitioners begin Vinyasa yoga with the child pose and transition into different postures. These transitions reflect various movements through life. The ideal sequence for this yoga practice is, to begin with, plank pose, knees-chest-chin pose, cobra pose and eventually the downward-facing dog pose. It is the ideal practice for those who prefer high-intensity workouts. Vinyasa Yoga is beneficial for blood pressure, depression, sleep disorders, etc.

Kundalini Yoga is known as the yoga of awareness. This practice is known to awaken the latent kundalini shakti, spiritual energy that resides in the base of the spine. Kundalini translates to ‘life force energy’ which is tightly coiled like a snake at the bottom of the spine. The practice lets the energy move up the spine leading to the holistic well-being of the individual. This form of yoga is practised with chanting, meditation, singing and kriyas (specific poses coupled with meditation and breathing exercises). This yoga is ideal for those seeking a fusion of physical and spiritual experiences for good health.

Hatha means force and this yoga is meant to restore the balance between the body and the mind. Hatha yoga is seen as a practice that works toward striking a balance between the energy points and chakras. These chakras are essentially vortexes of energy or points in the body where energy is concentrated. This type of yoga comprises a mix of asanas, pranayamas, and meditations. Hatha yoga is ideal for those who are seeking a relatively easier type of yoga to practice.

Ashtanga Yoga comprises specific poses which are performed in a sequence. This type of yoga is considered to be popular among those seeking to lose weight. Ashtanga yoga has eight pillars which translate as – asanas and postures, principles, personal discipline, pranayama, concentration, withdrawal, salvation and meditation. Some of the poses that form this type of yoga are Chandra bhedi pranayama, anulom vilom pranayama, kapalbhati pranayama, the butterfly, surya bhedu pranayama, simhasan, and padmasana. Ashtanga yoga is ideal for those who looking to relieve stress, anxiety, pain in the upper back or lower back, fat loss, etc.

This yoga is named after BKS Iyenger who is known to be one of the most prominent yoga teachers in the world. Iyengar Yoga is somewhat similar to Vinyasa Yoga. Iyengar yoga is different from other schools of yoga as it primarily focuses on the alignment and posture of the body. There are props such as yoga belts and blocks that are used to perfect the poses. Iyengar yoga is beneficial for increasing flexibility, toning muscles, calming the mind, pain relief, immunity against disease, improved breathing, strong muscles, and most importantly improving one’s posture. Iyengar yoga is suitable for all ages and skill levels, however, it is ideal for those seeking a classical form of yoga.

This unique form of yoga combines martial arts with the ancient practice of wellness. Yin Yoga is said to increase blood circulation in the joints improving one’s flexibility and muscle strength. This type of yoga focuses on yin tissues also known as connective tissues. It calms the mind and balances the body, reduces stress and anxiety, improves flexibility and enhances joint mobility. Besides, it is believed to improve the flow of prana through internal organs. Yin yoga is for those who need to stretch out after an exhaustive workout, or those who prefer a slow-paced yoga practice.

This form of yoga focuses on enhancing one strength and endurance. Over the years, Power Yoga has become a widely adopted practice to burn calories. Although it is not an officially recognized form of yoga, it is often seen as a prototype of Vinyasa Yoga. This is the ideal type of yoga for anyone who likes ashtanga yoga but wants a gentler workout session.

Restorative yoga focuses more on relaxation. The main objective is to relax completely with a handful of poses and even take a nap. This form of yoga is often guided by meditation. With its main focus on relaxing the nervous system, Restorative Yoga is seen as a great form of yoga to destress and calm oneself.

Aerial Yoga helps one build toned and lean muscles. Contrary to the conventional yoga practise, Aerial yoga involves gravity-defying poses. It promises the goodness of yoga along with a great cardio workout that comes with running or swimming. Aerial yoga is beneficial for improving flexibility, burning fat, overcoming breathing difficulties, stress relief, enhancing core strength, and improving posture. It is suitable for both beginners and advanced.

The main objective of this type of yoga is to reduce the discomfort and pain associated with pregnancy. This type of yoga teaches breathing exercises that can ease labour pain and some techniques can also help in gaining strength. This yoga has helped new mothers in losing weight that they gained during pregnancy. Prenatal yoga can add to the endurance of pelvic muscles, reduce back pain and headaches, prevents shortness of breath, improves sleep, and relieves overall stress.

This unique practice takes popular yoga poses and makes them interesting by adding acrobatics. It allows people to experiment with their poses and explore the mind and body connection in a playful way. This kind of yoga is for those who want to practice yoga with their partners and have an adventurous streak.

Only 25% of members come primarily for exercise

Sun Jun 12 , 2022
Hajira Mashego, founder of Fitness Junction Dr Hajira Mashego identified a gap for gyms in South African townships and peri-urban areas. In an interview with How we made it in Africa, she talked about the untapped potential in the country’s gym industry, her most effective marketing initiatives and why the […] 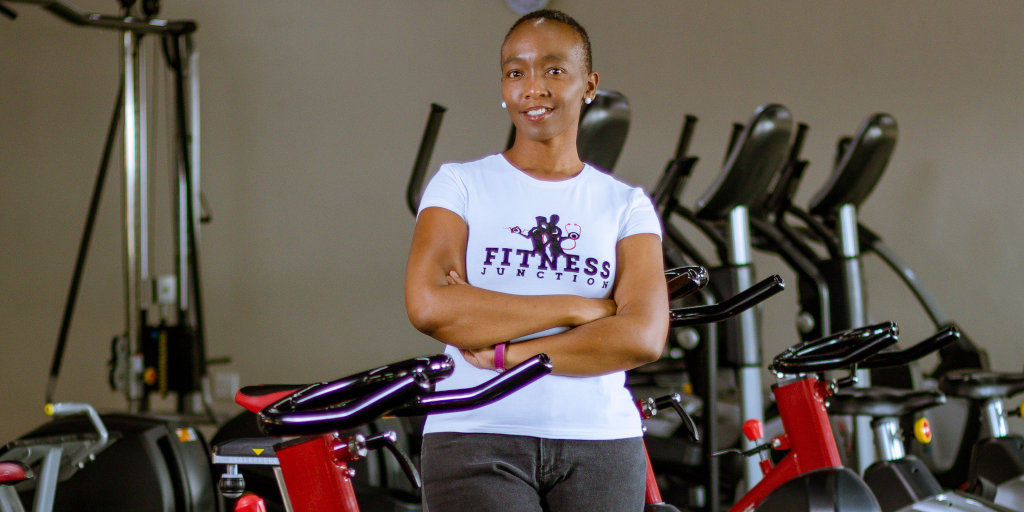 When my grandson was three, he picked up a raisin that somebody had stepped on. It was flat and spherical. He held it by the perimeters with the guidelines of his fingers, turned it like a steering wheel, and stated, “Dwive, dwive, dwive. Dwive, dwive, dwive.” He was irritated at […]